The three-dimensional CAD detailed tutorial of electric baking pan has shared the modeling of the main contour and the base. The last part will teach you to complete the 3D CAD design of the cover through the original hybrid modeling technology of Zhongwang 3D. Through the study of these three tutorials, friends will be more familiar with the 3D CAD design ideas and basic operations. In a different way, more works can be completed, complete electric cakes, 3D CAD drawings, and also in the 3D technology exchange area. free download. 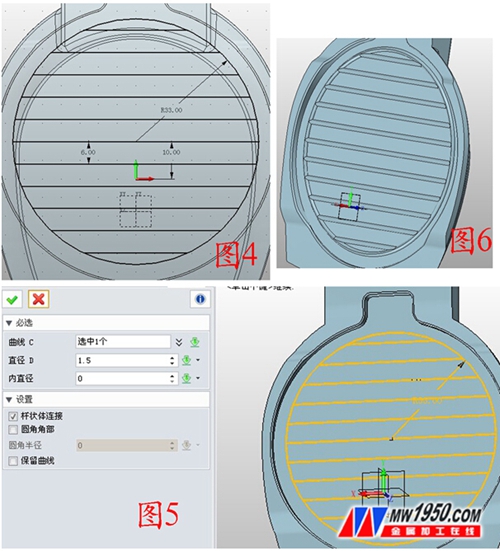 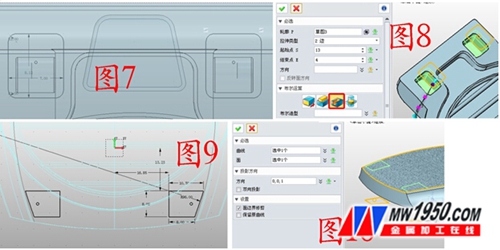 5. Insert sketch 5 on the XY plane and draw the trapezoid shown in Figure 14; click Stretch - Base, Stretch Sketch 5, the selection of "Start Point" is obtained according to the previous capture method, and the "Target Point" is selected in Figure 13. The bottom edge of the groove; insert a sketch on the YZ plane, draw the curve shown in Figure 16, and name it curve 2; insert the sketch 6 on the XZ plane, and draw the graph shown in Figure 17, as long as it is roughly the same. 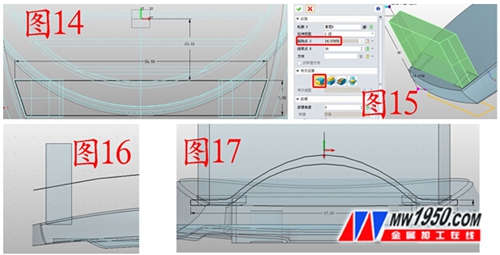 8. Insert the sketch 8 on the YZ plane, draw the circle at the position shown in Figure 26; use the addition operation to stretch the sketch 8. The "starting point" data is obtained by capturing, and it can be on the inner wall, and the "end point" is 13 (consistent with the "end point" 13 of step 5 in "Drawing the base". When the assembly step is performed, the two components can be in close contact without being misaligned. The parameters are as shown in Fig. 27. Note that the hook is placed before the "retained contour". You can continue to use sketch 8 while stretching the other side; insert sketch 9 on the XY plane to draw the LOGO shown in Figure 28 (of course you can use the pattern you like), you need to pay attention to the problem needs to be blown up; click on the surface - Curve segmentation, "face" is the surface "curve" at the top of the cover is sketch 9, pay attention to the projection direction, as shown in Figure 29. Click on the visual style - face attribute to color the "cover" part, and similarly, color the "base" part. 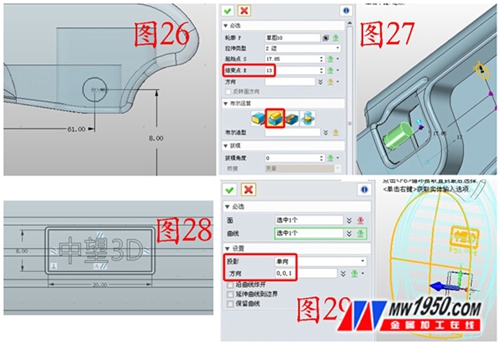 Exit the editing of the "base", click the assembly - alignment, select the "concentric" option, select the highlights of the red circle in Figure 30, Figure 31, pay attention to the direction, as shown in Figure 32, with the same steps, the two Partial alignment with the Tangent option. Now that you're done, use the dragging tool to open the lid and see. 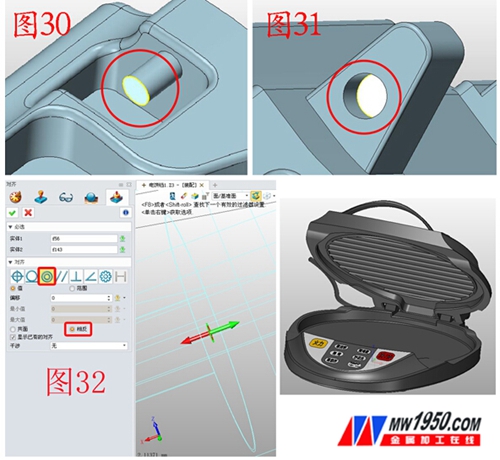 The three-dimensional CAD detailed tutorial of electric baking pans is all over. If you have any questions during the learning of this electric baking pan 3D CAD design, you can participate in the online training of Zhongwang 3D. The expert teacher will answer you in time and guide you more fully. Utilizing Zhongwang 3D humanized functional operation guide, learn the new functions of Zhongwang 3D2014SP version, and get familiar with the operation of 3D CAD software as soon as possible, and design excellent works. You can also participate in the hot 3D Zhongwang 3D Global Innovation Design Competition and win a prize of up to 100,000 yuan! Click to view the contest details.